The Nifty50 has given another indication for its strength lately, as the passing Weekly bar printed an OKR (Outside Key Reversal). From a small bearish setup mentioned in the previous review, a remarkable recovery starting at last Thursday with a gap up and strong bullish bar that took out the most important High before Low, at 9505.35, and left doubt as for the direction.

On the Daily timeframe it was a Spring (false thrust down turning into a bullish reversal) with a Kicker pattern, both change the sentiment by 180 degrees, right away.

We should not forget the long term target at 10040 ~ pointed by the Monthly follow through model and the AB=CD potential harmonic pattern.

The Weekly OKR is also a bullish Pinbar on sloping 8 EMA, and it needs just a HH to trigger a bullish setup with a target by the same amplitude, i.e. towards the level of 9867 (Stops currently at the Weekly Low).

In case the market doesn’t take out the Weekly High (and the all time High) in the coming days, most chances are for small range sideways action. We shouldn’t expect a bearish sentiment to test the Weekly Low in this case, at least not in the coming week. 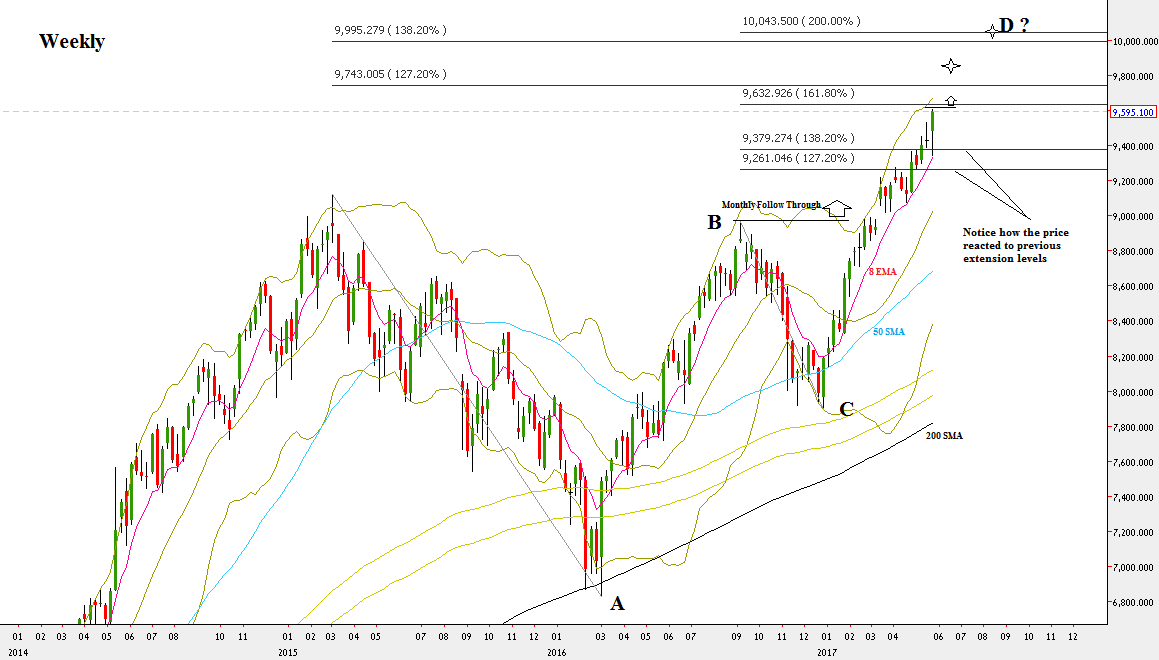