After a false thrust up and 4 bearish days, came last Friday, and with a Kicker pattern (sharp reversal, leaving an open gap) managed to close the Week very strong, a Weekly bullish pinbar on a Weekly big momentum up move.
The High of the Weekly bar has reached the target of the Monthly bullish pinbar mentioned in the previous review, and almost (we may say that practically it did reach) the target of the Weekly 1-2-3 pattern mentioned there as well. The Daily reaction down held at most of the passing Week can be related to reaching those targets.
Nothing has changed much in the sentiment. It is still very bullish. A thrust up above the Weekly High at 8711.3 is a trigger to reach the 8904 level, inside an open gap held since March 2015, levels of 8891.3 till 8937.75. Pay attention that closing this open gap (reaching 8937.75) or reaching the All time High at 9119.2 – both can be triggers for a considerable monthly correction down, as we haven’t got one since the Monthly reversal up of March 2016, yet the market took out the 2 Month LHBL level.
Again, the High at 8844.8 (and probably the next High at 8849.75) are going to be taken out within the current Monthly momentum up. Both are within the distance of the potential thrust above the Weekly bullish pinbar’s target. 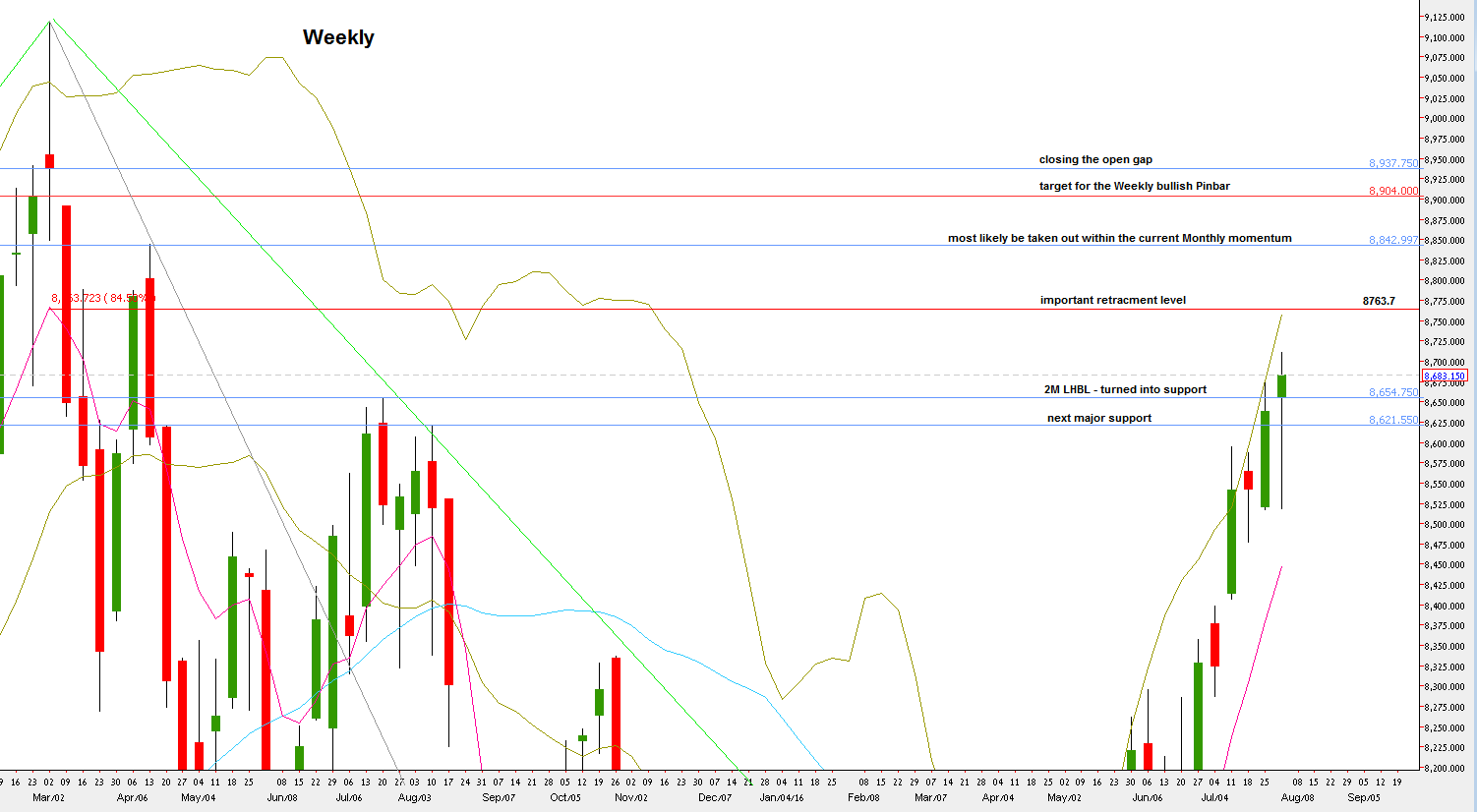 Nifty Futures, Weekly chart (at the courtesy of netdania.com)