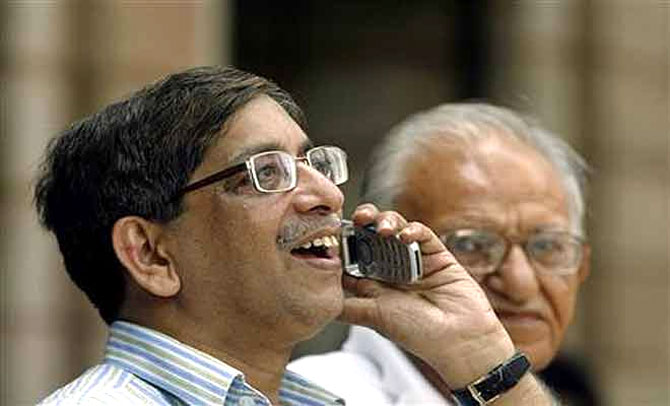 The benchmark Sensex today continued its upward journey for the third straight session, rising over 97 points higher to end at 29,459.14 while the Nifty index closed at a new peak of 8,956.75 led by surge in capital goods and banking shares boosted by Budget proposals.

Barring Maruti Suzuki, most auto shares faced selling pressure on weak monthly sales. ITC continued to be sellers’ radar and the FMCG major slipped another 5 per cent on worries over the Budget proposal to raise excise duty on cigarettes.

However, it slipped into the negative zone to touch a low of 29,259.77 as selling emerged after an HSBC survey showed manufacturing growth slipping to 5-month low in February.

The market also appeared tepid after the Budget evoked mixed response from global rating agencies. Helped by fag-end buying, the Sensex finally bounced back and closed 97.64 points,or 0.33 per cent higher, at 29,459.14.

The gauge has gained 712.49 points in three straight days. “After an optimistic Budget and with Greek fears subsiding, the market mood has turned mildly optimistic,” said Bonanza Portfolio,

FIIs, which did not make substantial purchases on Budget day, resorted to good buying today after GAAR deferral, they added.

Sectorwise, the BSE Capital goods index gained the most by climbing 3.58 per cent, followed by Healthcare 1.87 per cent, Banking index 1.81 per cent, Power 1.46 per cent among others.